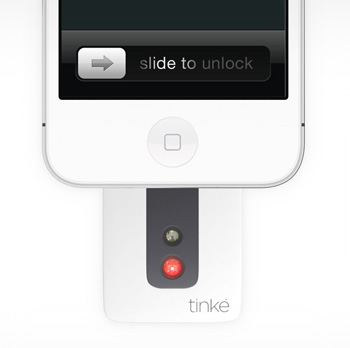 Admittedly we spend far too much time tweeting about absolute rubbish on Twitter, but data mining company MappyHealth hopes to weed through the useless stuff and find out important information about health trends across the globe.

Nike is taking its commitment to digital health and fitness tracking a step further by launching an accelerator programme to encourage developers and fledgling companies to make awesome products and services using the Nike+ platform.

The Google Now application now has a way of tracking miles that have been walked and cycled, which may seem a bit “so what” to those without an Android phone, but could well be Google’s first step into the world of mobile health and fitness tracking.

Tinke: The next must-have gadget in health and wellness tracking?

So we’ve seen a range of health and fitness tracking gadgets launch this year, but Tinke is set to become big in 2013 because it’s not bothered about the steps you’ve taken or other trivial data like that, it wants to know your heart is performing well and it wants to allow you to find out in the simplest of ways.

Health app company Tactio are producing a lot of products to track weight, BMI and other health metrics, but we’re particularly interested in its niche products aimed at teens.