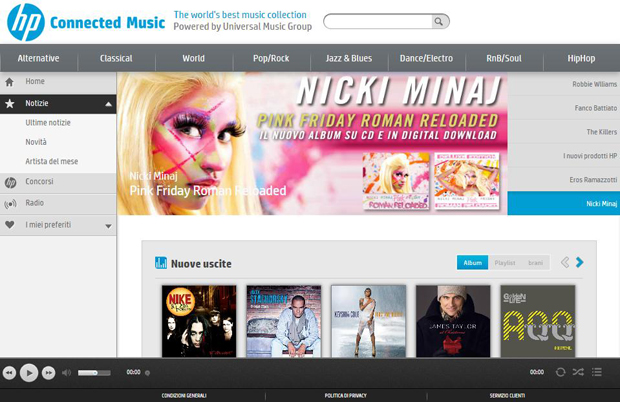 At an exclusive event in Paris last week, which the Shiny Shiny team were lucky enough to be invited along to, HP announced that it’ll be teaming up with Universal Music Group to launch a new service called HP Connected Music, offering customers access to a huge catalogue of tracks, exclusive events and the chance to meet some of their favourite artists. But is HP Connected Music really all it’s cracked up to be and worth the money? Or can you get all of the perks and tunes from other services?

HP Connected Music will be available to all of those with new HP Windows 8 desktop and notebook PCs and will provide them with streaming access to content from Universal’s catalogue of more than 3,500 artists, like Lady Gaga and lovely little Bieber.

Although the “free access” isn’t always free, you can listen to whatever you like for 90 days and for those with new Windows 8 HP Spectre and HP Envy PCs you get 10 free mp3 downloads per month for 90 days too. There’s then the option to continue subscribing for a monthly fee, but we’ve had no official word about how much that’ll cost.

However, it’s also the access to private music events and VIP trips to meet your favourite artists that the HP team were keen to shout about and to give those at the event a taste of what’s to come No Doubt performed its first concert in three years at the same venue. 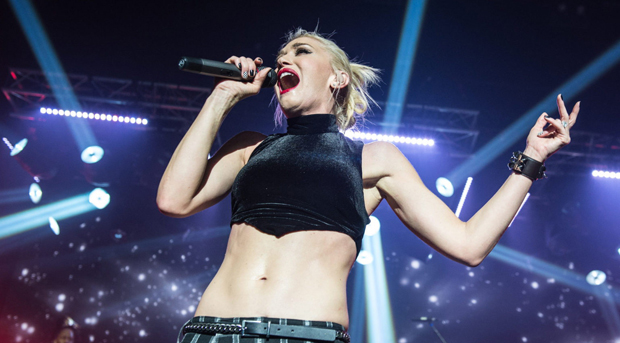 “Customers are looking for great entertainment on their personal devices and HP sees the PC as the heartbeat of the entertainment experience for today’s consumers, letting them create, consume and share content they love.

“Working alongside Universal Music, we can pair our innovative Windows 8 hybrid, notebook and desktop consumer PCs with one-of-a-kind music experiences that give our customers access to some of the world’s most popular artists.”

Olivier Robert-Murphy, the Global Head of New Business at Universal, also shared his thoughts about the partnership:

“With the help of HP technology, we’re looking forward to engaging with music fans across established markets, as well as in new territories where previously there have been no legal digital music services.”

The new partnership makes sense for HP, as it differentiates its new suite of products from the competition by more than just hardware and firmly aligns the brand with Universal. However, Universal’s portfolio of artists may be huge, but there are still going to be some music lovers who’ll be disappointed and it’s a shame the free music subscription runs out after 90 days, even if there are plenty of perks to entice those who want to dine with Fergie or take a shopping trip with J.Lo (two of the examples the HP team tried to tempt us with at the event).

HP Connected Music may certainly lure in those who are in two minds about which product to buy and want a music service already built-in to their new device. However, it’ll remain to be seen whether it lives up to the hype and entices people more than other streaming services, like Spotify and Rara, or other brands that offer exclusive perks, like O2 and its Priority Moments.

While it may not be a big success for the HP brand, it’ll be interesting to see whether this kind of built-in music service will become commonplace in the future, providing those who would normally shy away from music subscription streaming services with a way to listen to their favourite tracks and artists.