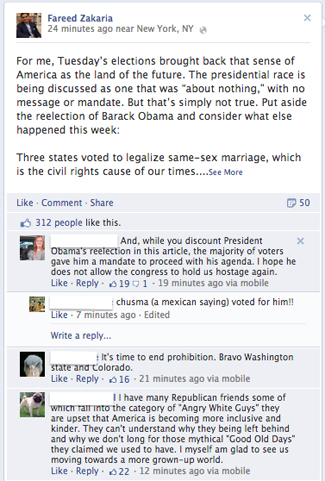 Today Facebook has shared news that it’ll be testing a new feature over the next few weeks, which ranks comments on pages according to engagement, a little like how content is upvoted and downvoted on Reddit.

“We are testing a new format for comments on Page posts. As part of this test the most engaging comments appear higher up. You will also be able to reply to individual comments as well as the original post.”

The content will be ranked based on a metric including likes, responses and hides, which means that the most interesting and “engaging” content is more prominent. Or at least that’s how the team hope it’ll work in theory. We expect there’ll be an option to see comments by rank or by most recent, just in case you’d rather opt out.

There’s also talk that soon users will be able to respond to certain comments instead of just carrying on the thread, a handy feature that’ll look much like the nested comments we’re used to seeing on blogs and forums.