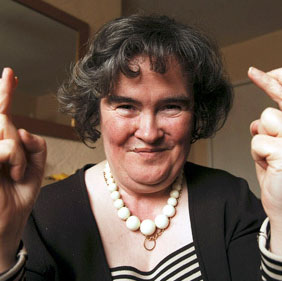 Last week everyone’s boring working day was made around 495,493 times better by the fact that Susan Boyle’s PR team accidentally introduced the most hilarious hashtag known to man into their tweets about her new album #susanalbumparty. OH LOLZ.

So we thought it’d be a great opportunity to collect together our top five hashtag fails of all time from big brands that should have known better.

Research in Motion, or RIM for short, decided to take to Twitter to find new employees. So the company has jobs going. The company is called RIM. Why wouldn’t the hashtag just be rimjobs? Well, because the term “rimjob” actually refers to something else. Something that we don’t imagine many big brands would want to really be tweeting about or aligned with in any way, shape or form.

If you don’t know what a rimjob is we’re really not in the mood to tell you, but we’re sure the guys at Urban Dictionary would be happy to enlighten you.

Fans of the brand were asked to explain in 140 characters why they love shopping at the middle class supermarket and the hashtag #waitrosereasons was a nice touch. But instead of writing about how awesome it is, pieces of comedy gold like this were tweeted:

And our personal favourite:

“I also shop at Waitrose because I was once in the Holloway Road branch and heard a dad say ‘Put the papaya down, Orlando!’ #waitrosereasons”

Just like #waitrosereasons, the #mcdstories hashtag doesn’t really sound that offensive. But it DID urge people to tell their memorable stories of their times inside the yellow arches, which obviously brought out a whole host of gruesome anecdotes about fingers (and all kinds of other things) within burgers. Nice.

Nope, not the name of some really mean little goblin from the LOTR series, but the hashtag the Swiss PR team working on The Hobbit chose to promote the film (CH being an abbreviation for Switzerland). It’s probably fairly harmless in Switzerland, so isn’t a fail on the same scale as Susan and her Party, but it is kinda funny all the same.