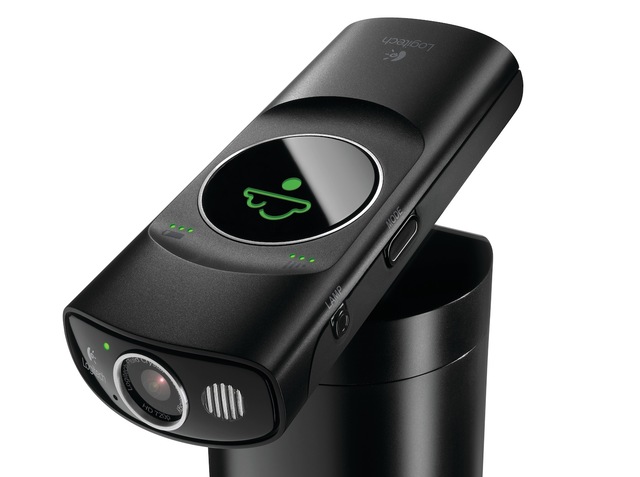 As the name of the webcam suggests, it’s got Wi-Fi capabilities, allowing Mac, iPad or iPhone users to stream videos directly to UStream, using the accompanying Broadcaster app.

The Broadcaster Webcam can also be used to supplement your Apple device’s built-in camera and works with FaceTime, iChat and Skype for Mac. There’s a button on top of the broadcaster that toggles between the Logitech wireless stream and the FaceTime camera, which is ideal for making quick cuts between two views in calls or videos.

You can record wirelessly through the QuickTime and Photo Booth applications, with integrations with iMovie and Final Cut Pro for quick edits. All video captured is in 720P HD resolution, with audio coming out as mono H.264 files.

The camera also has 3x digital zoom, external mic input and a case that also doubles up as a magnetic stand. Anything else you want to tell us Logitech? We can’t keep up…

The Logitech Broadcaster is set to retail at a price of £159.99, direct from Logitech.com.