We all know attending the cinema is built up to be a truly magical experience, you get your favourite popcorn, rush excitedly into the theatre, sit down on comfy seats and stay there for two hours, completely transfixed by the movie in front of you.

However we also all know (but forget at the crucial point when we book our seats) that 99% of the time that’s not the case, the tickets are extortionately priced, the popcorn tastes like something you found on the floor and those kids behind you somehow had the energy to kick you in the back for a solid 90 minutes. It’s making us a little panicky just thinking about it. HOLD US.

So given how hellish trips to the movies can sometimes be (yes, we’re being drama queens, so what?) it’s no surprise that the world of home cinema has come a long way in recent years. The thing you need to remember when you’re kitting your home out to be just like a trip to the movies (minus overpriced tickets, kids, etc) is that it’s not going to be cheap and there are a lot of confusing options out there, I mean what the f is a lumen?

Luckily a few big tech names like Epson, Sony and Panasonic have been creating great quality projectors, which give you the size (well nearly) and great quality picture you’re used to from the big screen.

Shiny Shiny was invited to Sony’s recent home cinema showcase at the Bulgari hotel in London and to say the company released its first 3D home projector last year at IFA, it’s made some huge improvements and is proving a force to be reckoned within the home cinema field. 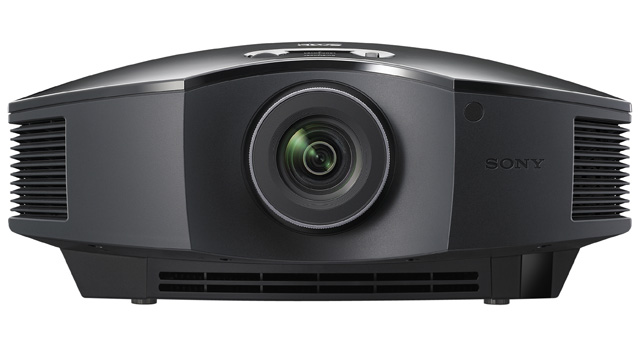 First up is the HW50ES, a small projector that promises to deliver a premium home cinema experience with Sony’s own Digital Reality Creation technology. This is basically a way of employing a digital processing algorithm, which restores any information that’s been lost from the original content of the movie to the disc, so you can recreate super high quality and HD images that you’ll never have experienced in the same way on a normal TV.

The projector boasts 1,700 lumen brightness with its new and improved efficient lamp and has a dynamic contrast ratio of more than 100,000:1.

The projector is expected to set you back around £3,000, which to home cinema beginners may seem rather steep, but much more seasoned projection enthusiasts (is that a thing? It’s a thing now) or wannabe projecitonists will know that kind of price tag is actually a bargain for the capabilities of the HW50ES.

The projector is available in both black and white across Europe from the end of this month. 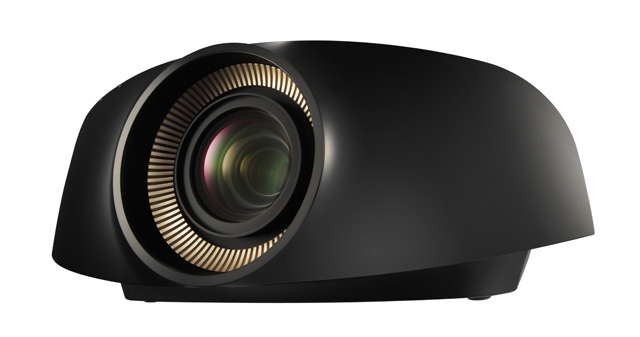 However, if the HW50ES still isn’t enough for you, then Sony also has an even more state of the art model called the VW1000ES, which is a 4K home cinema projector with over four times the resolution of an HD TV, 2,000 lumens of brightness and a 4096×2160 pixel resolution. If you’re thinking that all sounds pretty impressive, then you’d be right, as the VW1000ES is actually the same quality as the projectors used in both Apollo and Vue digital cinemas across the country and can “upscale” existing blu-ray movies to cinema spec 4K quality. However, for at around £16,500 you’d have to be REALLY dedicated to this home cinema malarky to invest in a VW1000ES and there isn’t much 4K even available yet, so hold your horses for this one a bit longer. Even you early adopters that we can see are already counting their pennies…

Yes home cinema seems a bit daunting at first. Yes you’ll have to shop around for the right option for you. But if you love movies and you’re sick of the movie experience, want to make Christmas all about the entertainment factor or just have enough cash to make your own mini cinema, then there’s been no better time to get your hands on a fancy new projector.