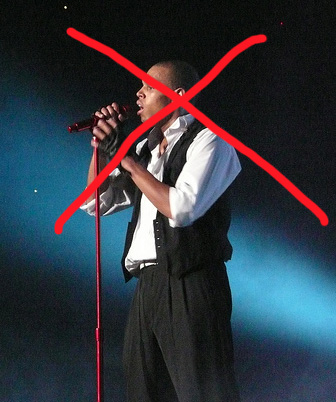 Do you ever take a long, hard look at the world around you and wish terrible things like starvation, murder and Chris Brown were just no longer on the planet? Well, we can’t help you with the first two (not yet anyway), but luckily there’s now an app to kid yourself into thinking violent scumbag and all-round disgusting oxygen thief Chris Brown has stopped existing.

Like a magical scene in a beautiful fairy tale, Toronto-based website AUX has launched an app that up until now we only thought existed in dreams, Chris Brownout. The Google Chrome app erases all mentions of Chris Brown, his fugly tattoo, his terrible music and his awful antics from the whole entire world (of the web). FOREVER.

AUX’s online producer Sam Sutherland explained the reasons (like he needed to) behind the app to CBS Local:

“If he wants to get a tattoo on his neck that kind of looks like Rihanna we are going to write about it. But at some point, it reaches Chris Brown idiocy saturation.

“All we had to do is build a frame where it recognises the word and ignores it and literally erases it. You can see everything except his name and his face.”

Now we’re not saying the world should just sweep Chris Brown and his actions (and lyrics) under the carpet and forget about them, but we can’t help but feel our days might be a little bit brighter if we didn’t have to see his smug woman beating face looking up at us from yet another website when he next decides to release a terrible single, get a photo of a massacre inspired by a Cadburys ad inked to his forehead (we made that up, he didn’t do that, but it would surprise absolutely no one ever) or violently attack someone.

For some reason the app is currently “unreachable” in the Chrome App Store (awh, all the sad faces ):):):) but we can only assume it’s because 99% of the population are busy installing it and it crashed. Or something. But here’s a link through to the AUX website, where you can get it once it’s back up and running: Chris Brownout by Aux.