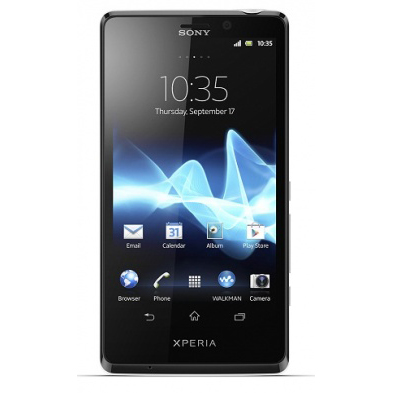 Sony have a new Android smartphone flagship in the shape of the Sony Xperia T, freshly revealed at IFA 2012.

Leaked first as the Mint and LT30i, the Xperia T uses a 4.6-inch Mobile Bravia 2 touchscreen, running at a 1280×720 resolution. A 1.5GHz dual-core Snapdragon processor sits under the hood, flanked by 1GB of RAM.

Sadly no Jelly Bean here, with the Xperia T landing with Ice Cream Sandwich onboard, but Sony promise an upgrade shortly after launch.

The successor to the Xperia S, the Xperia T will also feature as Bond, James Bond’s smartphone in the upcoming Skyfall movie.

As ever with Sony, no pricing has been revealed yet, but you should be able to pick the Xperia T up next month in either Black, Silver or White shades.