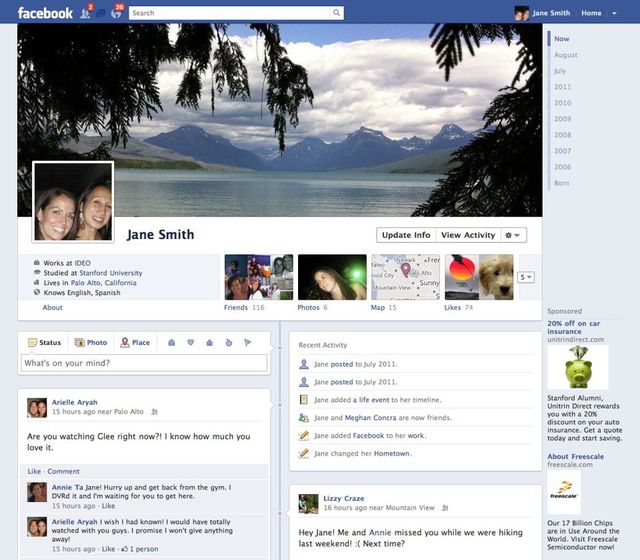 Another day another legal battle in Zuckerberg land as Facebook is being sued by a Chinese company, which claims to have created a feature identical to the Timeline long before the social network implemented its own version.

Cubic Network, a Pinterest-style start-up founded by Harvard graduate Xiong Wanli, has been using a chronologically scrolling page to present videos and pictures since February 2008. While it’d certainly be easy to mark the similarities to Facebook’s Timeline (which was rolled out incrementally to users from November 2011) as purely coincidental, things take a slightly more suspect turn once you learn that Zuckerberg attended a talk by Wanli detailing the timeline feature. SCANDALOUS.

Wanli also claims the logo to Facebook’s annual F8 developer conference is very similar to Cubic Network’s own, and that the Chinese network’s R&D centre was called F8 long before Zuckerberg founded his annual event.

Inspired, a rip-off, or merely coincidence? Well no one’s quite sure and the courts will undoubtedly have to make that decision, but it’s not as if Zuckerberg is one to back down from a controversial legal spat. Watch this space.

One thought on “FACEBOOK: Zuckerberg and the gang sued over Timeline”