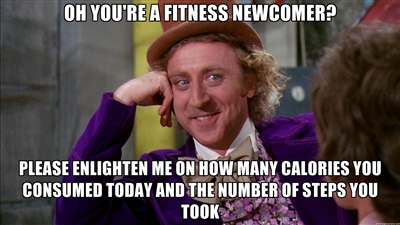 The health and fitness app and gadget market has really exploded over the past few months (we even have our own website here at Shiny Media about that kind of tech called Connected Health) and although advances in the way we track our workouts has had a huge impact on this personal fitness movement, it’s the social element that’s really got people talking about it and most importantly moving off the couch.

According to Facebook, there are now 7,000 Open Graph apps on the social network and to celebrate this achievement the team have produced some stats about just how well health and fitness apps are doing.

Research from Facebook shows that popular workout app Nike+ Running experienced a 77% increase in traffic after implementing Facebook Open Graph. Endomondo has also experienced a lot of success after integrating with Open Graph, according to Facebook stats more than 90,000 workouts are shared everyday through the app and traffic from Facebook has increased by more than 150%. It’s a similar story for both RunKeeper and Runtastic traffic apps too, which have both seen a 25% increase in traffic because of Facebook.

Although these stats are impressive and prove that it’s more important than ever for developers to get their apps onto Facebook, it’s also interesting to explore how different developers entice users into sharing their details online and hooking up all of their data into their personal profiles, something that might be a bit intimidating to fitness newbies.

So what makes people want to take their personal workout activities and plaster them all over their Facebook walls?

Well the team at the Facebook Developers blog think there are all kinds of reasons that make people start and then continue to see Facebook as an integral part of their fitness tracking and sharing experience. Some of the key factors are presenting maps and stats in a way that makes them interesting and easy to share, Facebook log-in prompts, adding in gaming elements or allowing you to tag, comment and like fitness activity.

So why do you choose to share all of your fitness activity to Facebook? Or does it annoy the hell out of you and you wish everyone else would stop?