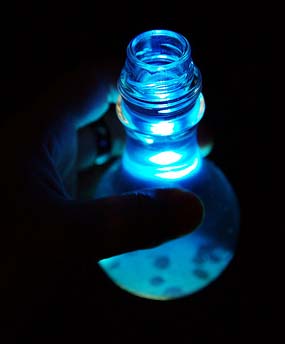 Just days after learning that crafty site Etsy has banned most body parts, firearms and poison from being sold by its users, eBay has announced that mystical sellers (also known as con artists) will no longer be able to flog spells, curses and potions on the online marketplace.

eBay has recently made a lot of changes to its 2012 Fall Seller Update and some of the most noticeable and just plain strange additions are all to do with the weird and wonderful world of the occult. According to the update, these items have been added to the site’s prohibited list:

As crazy as it may seem that some people are browsing the internet for ways to curse people and cast spells, a quick peek at the comments under Mashable’s story about the changes earlier today shows that some people are pretty angry at eBay for discriminating against Wiccan or Pagan religions. However, these items have actually been added to the prohibited list to protect buyers from anything that doesn’t have concrete claims, as you’ll see that “advice” and “work from home business” information is also on there and last time we checked that had nothing to do with being a witch… or wizard… or warlock… or… oh we give up.

[Via Mashable and eBay Image via Samcatchesides]
Aug 16, 2012Becca Caddy