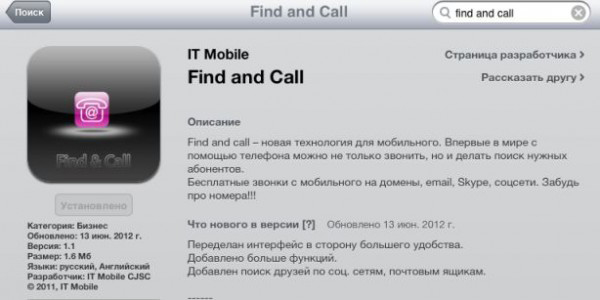 The Android Market, or Google Play if we’re being all modern, is no stranger to malicious apps that have been known to spam contacts and contain spyware, but now the first app known to contain malware has popped up in the iOS App Store too, so it looks like no one’s safe…

The application, called Find and Call, is a Trojan that basically just goes ahead and spams all of your contacts for you. Charming. Although it asks if it can access your address book it goes a little too far after that and sends out emails and text messages telling everyone to download the app too.

The app has been swiftly removed from both the iOS App Store and Google Play and an Apple spokesperson told Wired:

“The Find and Call app has been removed from the App Store due to its unauthorised use of users’ address book data, a violation of App Store guidelines.”

It’s good to see the app has been taken off the App Store so quickly, but at the same time it’s also worrying that it managed to get through Apple’s strict approval process.