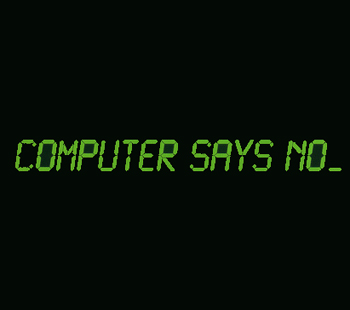 Crazy zombie attacks and now threats that the internet could die next week, we really don’t like how many similarities there are between the past few months and a low budget apocalyptic movie (we do, it’s much more exciting than everyday life).

But is it true that the ominous DNS Changer virus could really shut down the internet as we know it? Or is it a threat about as serious as the “Millennium bug”, which from what we can remember amounted to ABSOLUTELY NOTHING.

DNS Changer is a type of malware that first appeared back in 2007. It works by taking controller of DNS servers, which means when you try to visit one site you’re redirected to another (often filled with ads and malicious content), money is made from your visit and then you’re sent on your way to the site you originally wanted to get to (check out the FBI website for more information).

Although DNS Changer has been around for a while, it wasn’t until last November that the FBI stepped in, took control of it and arrested the criminals behind it. However, the FBI has left the botnet running, because shutting it down would lead to lots of disrupted internet connections.

On Monday the FBI will take the final steps to shut down the botnet and although big organisations and governments have been prompted to clean their systems, it’s expected that more than 350,000 people will lose their internet connections and around 20,000 of those are in the UK. However, it’s not just non tech savvy users that are at risk, despite warnings when The Register spoke with security firm IID, they suggested that 12% of Fortune 500 firms could be among those affected.

Although 350,000 infected computers sounds like a lot, when there’s more than 2 billion currently online it seems Monday could lead to a lot of problems, headaches and IT department nightmares, but you can breathe easy, the internet isn’t going to curl up and die. Not yet anyway.

Read more about DNS Changer over on the FBI website and find out if your comptuer has been violated with DCWG Detect.

One thought on “Is DNS Changer really going to shut down the internet? Probably not”