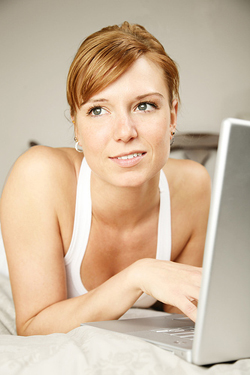 Ah social media, first it’s making us more insecure then it’s making us more confident, later it’s improving our language skills and the next minute it’s reducing us all to dumb sub-humans that ONLY TLK LYK DIS. Well now it seems linguistics professors believe all the time young people spend texting one another and updating their Facebook statuses is making them much more aggressive, especially girls.

According to Newser, researchers have found that over the past few years young people have begun to talk in a much more straight forward way online due to the fact they’ve got limited time and space. Although many of us may see this as normal and would never speak that way in real life, professor Deborah Cameron has suggested this could make people come across as much more aggressive than they actually are.

We can’t tell whether we’re being scared into believing this is a good thing or a bad thing?!

But don’t be offended ladies, it’s not that females are becoming much more angry and mean, it’s just a more noticeable change because according to Cameron we’re just really “innovative” or something:

“Girls are the innovative ones, more than boys are . . . The teenage years are a period of life where you find linguistic innovations of all kinds, and girls are generally ahead of the curve.”