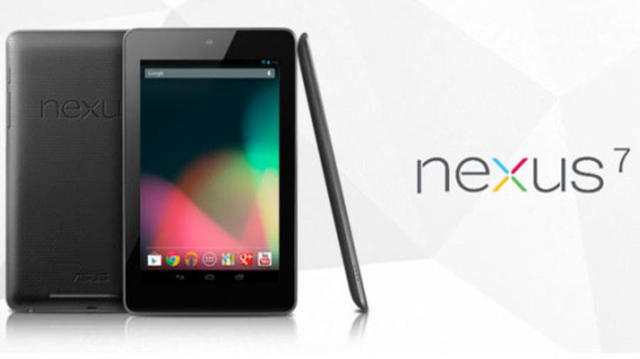 Google have taken the keynote of the Google I/O 2012 conference to reveal the Nexus 7 tablet. Built for Google by ASUS, it packs version 4.1 Jelly Bean of the Android operating system and is positioned to take on the Kindle Fire at a mere $199 in the US.

Thin and light at just 340grams, the Nexus 7 has a 7 inch 1280×800 HD display, powered by a quad-core Nvidia Tegra 3 chipset and 12 core GPU. A front facing camera for Google Hangouts is onboard, while Wi-Fi, Bluetooth and NFC connectivity all make the cut. Battery life is good for 8 hours of HD video playback.

Google are heavily pushing the device’s gaming and media capabilities, shipping the tablet with a pre-installed copy of “Transformers: Dark of the Moon” as well as several e-books, and a $25 coupon for grabbing games from the Google Play app store.

Taking pre-orders now, the tablet is expected to ship in mid-July.