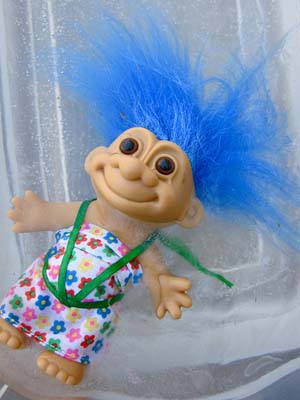 A British woman is set to take legal action against Facebook after online trolls set up a fake account in her name and began sending abusive messages to young girls.

The internet may be full of wonderful and magical things, but unfortunately we know all too well that if you’re going to get all of the brilliant stuff you have to expect terrible stuff too, like photos of Justin Bieber and of course trolls. Angry, sad little trolls.

If you’ve spent a considerable amount of your spare time on the internet, then chances are you’ll have come across someone who’s being agressive and abusive just for the sake of it, it’s mean, sometimes it seems personal, but it happens and we all learn to laugh at those picking fights on the interwebz. However, a British woman who’s faced a lot of abuse on Facebook recently has decided that enough is enough.

Nicola Brookes, a 45 year old from Brighton, wrote “Keep your chin up, Frankie, they’ll move onto someone else soon” on a Facebook page dedicated to X Factor contestant Frankie Cocozza last year. She then experienced a LOT of abuse from people that weren’t so keen on the fluffy-haired teen. She had other users swearing at her and sending her death threats, which is awful but hardly a unique incident online. However, the thing that made Brookes REALLY upset was when some of these trolls set up a fake account in her name and began sending explicit messages to young girls. Too far trolls, TOO FAR.

Now Brookes has decided to do something about it and according to The Telegraph has started proceedings to take action against Facebook in an attempt to force the firm to hand over the names and details of those responsible for creating the fake account.

There’s no official word from Facebook about the incident, but The Telegraph did publish this statement from a spokesperson:

“We respond aggressively to reports of potential abuse […] Reports involving harassment are prioritised, reviewed by a trained team of reviewers and removed if they violate our terms.”

We’re not sure whether this means Facebook will be dealing with this issue ASAP to avoid repercussions, but either way it seems Brookes won’t stop until she finds the identity of those responsible. Maybe she’ll go on some Liam Neesom-style rampage across Europe to find them?!

We kind of judge Brookes for writing on Frankie Cocozza’s Facebook page, but it’s a sad state of affairs if we’re all not able to express our opinions online (regardless of who does or doesn’t agree with us) without becoming a target for angry trolls who have far too much time on their hands shortly after.

[Via Telegraph Image via Cali4beach’s Flickr]
May 14, 2012Becca Caddy