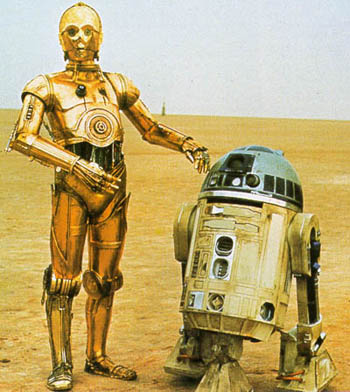 The National Museum of Australia is working on a robot that allows people in distant locations to control it remotely, so you can technically take a tour of the museum from anywhere in the world.

Next time you visit a museum don’t be surprised if you find a creepy C-3PO character stood next to you staring at that statue just as intently, as The Commonwealth Scientific and Industrial Research Organisation (CSIRO) has teamed up with The National Museum of Australia to develop a robot specially designed to allow students who live in distant locations to take a tour of popular museums and galleries.

The new robots will be part of a $3.4 million project, which will enable people from all over the globe to move around museums and transmit images and videos straight to a dedicated site online. The robots will be fitted with five eyes as well as a 360 degree camera, special sensors and a global positioning system, so it won’t run into your feet or knock that priceless artefact off its plinth.

The system sounds pretty useful, but we weren’t joking when we said it might be a little bit like taking a tour with C-3PO, as the robots are designed to be as big as an adult with small wheels instead of actual feet.

Jonathan Roberts, the Research Director at CSIRO, said he believes the new system could be really beneficial for students across the globe:

“Currently they have to go on long excursions …. whereas with this sort of thing maybe they can visit for 45 minutes, within their normal lesson time.”

According to Digital Trends, the robots and special online viewing platform could be ready as early as next year.