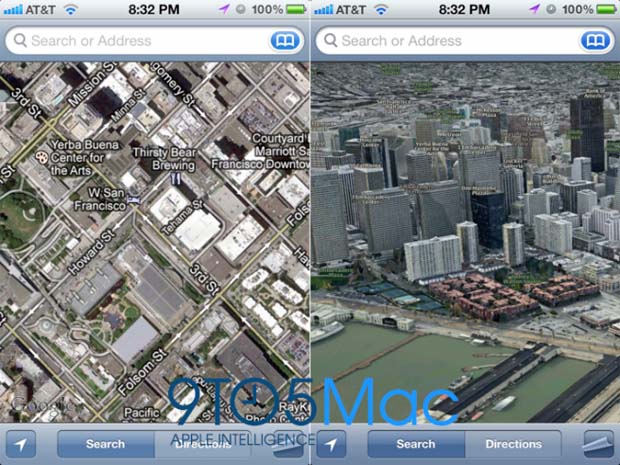 Online rumours are suggesting that iOS 6 will come with Apple’s own built-in Maps application, so does that mean the slow death of Google Maps, an app that we’ve all come to love and hate in equal measures?

As iOS 6 is being developed over at Apple HQ, rumours have begun to surface that the latest version of the company’s operating system will ditch Google Maps and instead come equipped with an in-house maps application, unsurprisingly called Maps.

The app is believed to be similar to Google Maps, but according to 9to5 Mac will provide users with, “a much cleaner, faster, and more reliable experience.” Well there’s no arguing with that then.

Apple has been busy purchasing a number of companies in preparation for the iOS maps app, such as Placebase, C3 Technologies and Poly9. The exciting thing about Apple’s foray into maps is allegedly a fancy 3D mode, which 9to5 Mac believes will put C3 Technologies’ latest innovations to good use, as the company describes itself as, “the leading provider of 3D mapping solutions, offering photo-realistic models of the world for search, navigation and geographic information systems.”

If the rumours are true and Apple IS in fact busy developing Maps as we write this, then we can expect it to be launched at Apple’s World Wide Developers Conference in June.