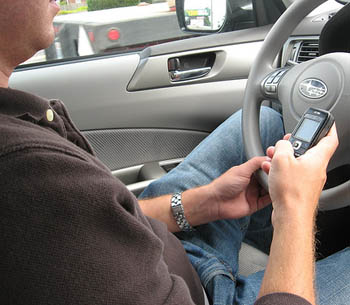 A couple who were both seriously injured in a car accident are suing the driver who caused the crash as well as his girlfriend, who he was texting at the time. But should we REALLY be held responsible for the texts we send to people in future who may or may not be driving?

A couple in New Jersey, who both lost a leg in a serious road accident, are suing the careless guy who cause the nasty crash as well as his other half, who he was texting at the time.

According to Mashable, the couple are claiming that the driver’s girlfriend was “electronically present” during the accident and therefore should be held responsible for the damage she caused.

Although the accident is awful for the couple who have been left so seriously injured, we wonder whether we should be held responsible for sending text messages to people regardless of what they might be up to at the time? In this case it’s claimed that the driver had told his girlfriend he was driving, but surely it’s still his responsibility to pay attention to I don’t know, THE ACTUAL ROAD, rather than his phone no matter what the texts might have said.

[Via Mashable Image via mrJasonWeaver]