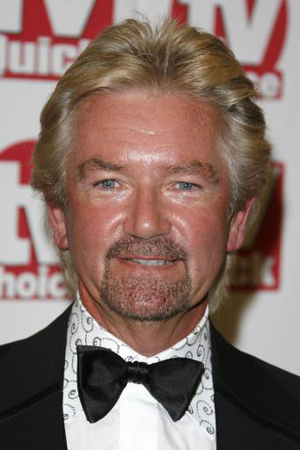 Noel Edmonds met the online troll who wanted him dead and afterwards, like some kind of prophet for the digital age, urged the nation to take more responsibility for what they say and do online.

If you found out you had an angry little online troll who’d set up a group about killing you what would you do? Rant about them to everyone you see? Contact the police? Become crazy and start hurling abuse right back at them under a pseudonym? Well they’d all be normal, human responses but all round nice guy and Deal or no Deal presenter Noel Edmonds put the world to shame by just meeting up with his very own troll for a little chat. We’re not sure whether this gives us faith in humanity again or it’s just far too sickly sweet and proves that Noel is in fact some softly spoken alien here to brainwash us all with his cosmic ordering malarky.

In a video over on iwannameet.com, Noel Edmonds admitted that he knows very little about social media, but pays a company to monitor all mentions of him online to weed out weird stuff, like crazy impostors or death threats. The company found a Facebook page called ‘Somebody please kill Noel Edmonds’ (no laughing there in the back) and told him to alert the police about the matter. Of course that’s hardly necessary given how many trolls are out there right now aggressively typing awful things about EVERY celebrity to have ever graced our screens, but for someone who knows very little about the ins and outs of interweb crazy it’s no surprise Edmonds was worried.

However, instead of go to the police he met up with the troll after his monitoring company tracked him down. He turned out to be a student who was super apologetic and seemed genuinely worried about his consequences when he spoke with Edmonds. HA, no deal angry troll (SORRY).

But the most fascinating thing to come out of the meeting was Edmonds’ wise words about online responsibility. Here’s an excerpt from the video on iwannameet.com:

“It taught me so much about social media. And it proved to me that this is an incredible communications weapon, but like all weapons it can be used for bad as well as good. And what we’ve got to encourage people that use social media to do, is act with more responsibility. Because if people are not more responsible you know what’s gonna happen. The state, those politicians are going to take that huge freedom away. They’ll try and control it in the way they control so many things and THAT I believe would be an absolute disaster for society and would have massive ramifications for all of us in the future. So responsible use of social media is absolutely vital to life in Britain.”

Secondly, Edmonds is right when it comes to online responsibility, people need to be aware of what they’re saying and what consequences that TOTES HILARE Facebook page will have in a few weeks. We just wish we could have seen the troll’s face when he realised he’d been tracked down.

[Via The Guardian Image via Press Association]
Apr 12, 2012Becca Caddy