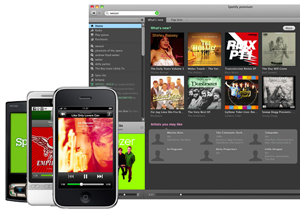 Spotify launched a number of new apps last year, but soon big brands will be able to get in on the action too.

Popular music streaming service Spotify will be accepting apps from big brands over the next few months that’ll help users to interact more with its huge library of tracks. Ad Age believes this is a necessary next step for Spotify, in order to “make the platform more attractive to advertisers that can help offset massive licensing costs.”

Spotify introduced a range of apps last year, our favourites include the likes of Rolling Stone, We are Hunted, SongKick Concerts and the hilarious karaoke app, Tune Wiki.

A few brands have already created their apps and are getting in on the action early. Reebok’s new offering creates workout playlists, which is a great idea, particularly if it looks at your music tastes to find out what kind of thing gets your blood pumping. There’s then Intel’s new app called ‘Sifter’, which will apparently suggest tracks based on what your Facebook friends are listening to.

The challenge for brands will be to create something that’s ACTUALLY useful to Spotify users and doesn’t just come across as a way to crowbar their name and key messages onto the platform.

Luckily, to use apps Spotify users must choose to install them from a list, much like the app store. So if you’re not interested in what brands have to say and want to keep your listening experience pure and untainted by big bad corporations it’s easy to push them into the background.

According to Ad Age, the brand apps will be officially launched at the publication’s digital conference in New York next week.