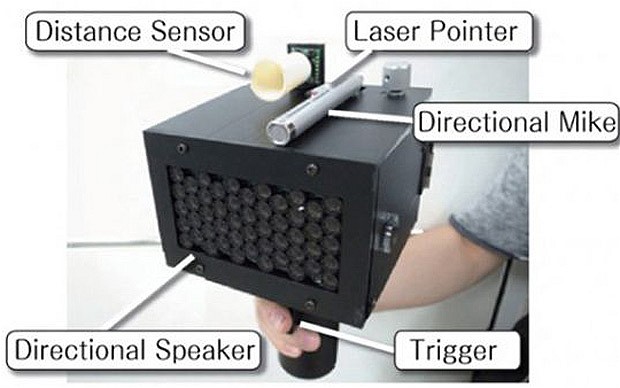 Japanese scientists have created a new device designed to silence annoying people who talk too loudly and too often in public places.

I’m sure most of us have been at a coffee shop, bookstore or restaurant when someone with very little social awareness walks in and starts talking very loudly about all kinds of personal rubbish.

Well now a new gadget from scientists in Japan called the SpeechJammer could shut them up for good. The device works on the premise that it’s impossible for anyone to continue speaking when their own voice is played back to them right away.

Of course this does mean we’d have to hear their stupid words twice, but if it means they’re a bit embarrassed and quiet straight after, then we’re not complaining.

According to The Telegraph, the microphone and speaker are very sensitive to the direction noises are coming from, so can direct audio at people “like a gun”. Lovely.

Of course the device was designed to facilitate discussion in meetings and teach people more about turn taking as well, but we like the fact it’ll stop shouty, obnoxious people from telling strangers in the room far too much about their health problems and sex lives.