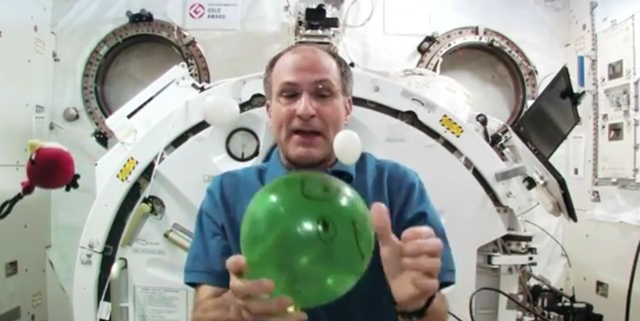 Rovio’s Angry Birds has teamed up with NASA, yes NASA, to launch the latest ‘space’ version of the popular (and highly addictive) animal throwing game.

At the SXSW interactive conference in Austin, Rovio and Samsung unveiled Angry Birds Space. NASA also got in on the action and an ACTUAL astronaut introduced the game from the International Space Station. The flight engineer, called Don Pettit, explained how Angry Birds would work in space using props. You genuinely couldn’t make this stuff up.

David Weaver, a NASA spokesperson, spoke about the collaboration between Rovio and NASA to Yahoo:

“It’s an exciting way to get people engaged with NASA’s missions of exploration and discovery, and get students energized about future careers in science and technology.”

The new game obviously sees everything take on a galactic theme, but with plenty of new characters, levels and gameplay too.

The new Angry Birds Space game will be officially launched on iOS, Android, PC and Mac on the 22nd of March and you can check out the video and details about the new version at angrybirds.com/space.