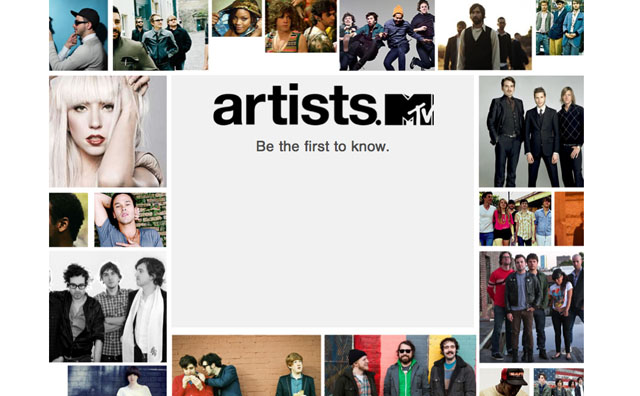 MTV is set to launch a new hub called Artists.MTV, but will it really help musicians connect with fans, or is it just a Myspace rip-off?

Last week, the MTV blog revealed plans that the network is set to launch a new project called Artists.MTV. From what we can tell, it’s set to be a kind of platform/website/social networking space specially created to bring fans closer to the artists and bands they love. The blog post explains:

“The summer launch of Artists.MTV an attempt to help music junkies and musicians close the gap by providing a one-stop place where fans can listen to and buy music and purchase concert tickets and merchandise.”

Each artist will be able to set up their own customisable page, complete with the ability to upload music, videos, photos and sync up all of their social networks in one place.

It’s hard to pass judgement on the idea before the official launch, but it seems very much like Myspace with a little more focus from the outset, and obviously the support of the MTV network behind it. It’s MTV’s dominance in the music space that will really make Artists.MTV so appealing for up and coming acts, as not only will they be affiliated with the brand, but every month there’s a chance to be showcased across the group’s TV channels and other online properties.

“There is infinite choice out there, but with this artist platform, we want to provide a meaningful road map for consumers to weed through the chaos, and discover the musical gems that should break through.”

If any brand is going to succeed in creating an online music hub for artists globally, then we have a lot of confidence in MTV to do it right. It’s whether that kind of hub is really necessary when there are so many social networks, websites and platforms already dedicated to musicians that are so popular and pulling in the users every day. In many ways the site seems very different to what Myspace was (or is?), but MTV’s plan for the site to be a “one-stop place” for music and entertainment all just sounds far too familiar.

In May the site will be opening up as a private beta for certain artists and it’s set to launch properly later on in the summer.