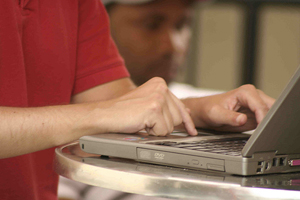 If you spend far too much of your time online like the other 98% of us, then you’ll have become used to the creepy ads that seem to follow you from website to website suggesting the same ugly pair of shoes you accidentally clicked on earlier in the day.

The practice of showing you that same ad again and again is called ‘retargeting’ by online ad geeks and attempts to turn online window shoppers into buyers as the day goes on. Presumably it works, but it’s never tempted me to revisit a product, in fact it just reminds me to avoid that website in future.

There are all kinds of other targeted ads too, which use the information that Google has created about you to show you the things that advertisers think you might be interested in. Although, considering Google thought I was 20 years older than I am and a different gender, those ads probably don’t always have great conversion rates.

Although they may seem like part of your online browsing experience now, it seems internet users could soon have the power to turn off any targeted advertising that they find creepy/irritating/intrusive. According to The Telegraph, a new screen icon introduced by the European Advertising Standards Alliance and the internet Advertising Bureau of Europe could soon be added to websites, which allows people to choose the advertising that’s pitched to them in future and even turn it off completely.

“Members of the public will become more aware of Online Behavioural Advertising and will be able to exercise their choice not to receive it.

“All the experience shows that when companies take the time and trouble to explain to consumers what they are doing, consumers understand it […] People end up providing a more accurate profile of themselves.”

Some websites, like Yahoo!, are already using the icon voluntarily, but as of June this year it’ll be required by all ad networks and could change the way we browse the internet for the better.