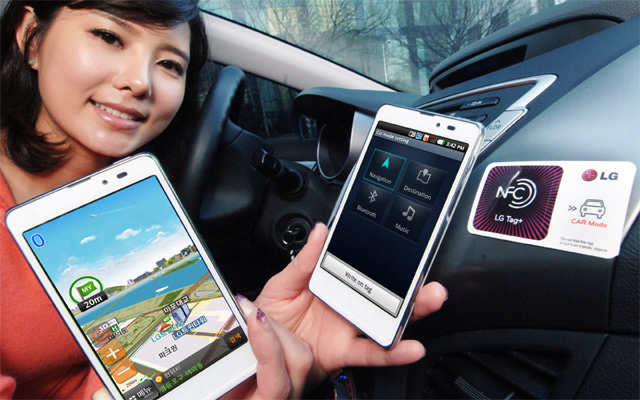 Today LG announced its new handset, the Optimus LTE Tag, an Android device, which uses NFC (Near Field Communication) to change your smartphone’s settings with a simple swipe wherever you happen to be.

The new feature, called LG Tag+, uses special stickers or “tags” that can be stuck anywhere and then programmed to change your phone’s settings once you’ve tapped it against them. LG uses the example of entering your office, so there you’d swipe your phone on a sticker and it would switch to silent mode and activate Wi-Fi for you automatically, but that’s just one example, you can do all kinds of things with plenty of tags and plenty of imagination.

There’s been no official word about when the smartphone will be available or how much it’ll cost, but according to early reports it’ll be launching onto the Korean market before we see it anywhere else.