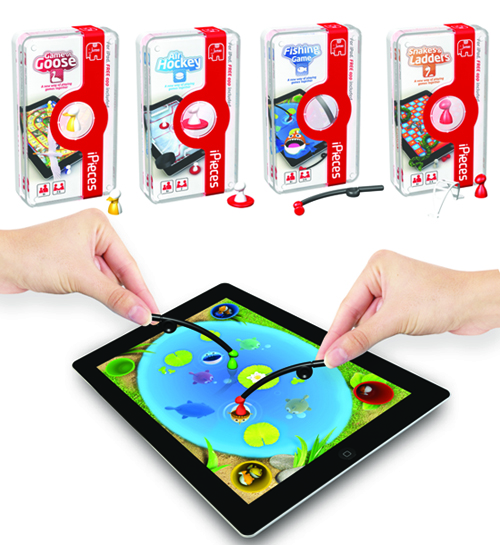 If you’re not sick of board games after playing Monopoly thousands of times with your younger relatives over Christmas, then you might be interested in iPieces, a quirky way to play classic games on your iPad.

Created by Jumbo Games, iPieces cleverly utilises the iPad’s sensitive touchscreen to let you play some of the most popular board games, like Snakes and Ladders and Air Hockey. You simply buy a set of pieces, counters or fishing rods that then work alongside an interactive free iPad app with colourful graphics, noises and other surprises.

Although we love the idea behind iPieces, one of the main reasons iPad games are so appealing is that they don’t need any extra bits and pieces to make them work, so it’ll be interesting to see whether they prove to be popular, particularly if key components disappear under the settee when a little one starts to chew on them!

The iPieces sets will be available from Play.com and Amazon at the end of January, but you can get them from WHSmith’s ‘Travel’ section in stores now.