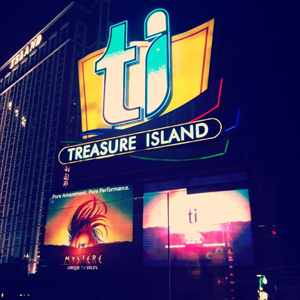 Hello Shiny Shiny readers, sorry it’s been a bit quiet over here, but there’s a good excuse. I promise. On Sunday I travelled to Las Vegas for the annual CES (Consumer Electronics Show), a massive trade event with lots of new product announcements, hands-on time with the latest gadgets, keynote speeches from big names in the industry and even a few celebrities thrown in for good measure.

So on Sunday night after a few long fights, a bit of time in Philadelphia for manic transferring and tonnes of cheesy romcoms on the plane, I arrived in Las Vegas. I’m staying at the big and very ‘pirate-y’ Treasure Island hotel and as it’s my first time in Las Vegas the bright lights, crazy performances, replicas of monuments and 7am gamblers have me a bit overwhelmed.

But don’t worry there’s plenty of interesting things to come here on Shiny Shiny over the next week. As the lovely people at Lenovo brought me out to Las Vegas and have given me a great opportunity to speak with the brand’s CMO David Roman, get hands-on demos and access to a very exciting press conference, I’ll have lots of exclusive videos and sneak peeks at some of Lenovo’s new gadgets and announcements over the next few days. Then, towards the end of the week expect hands-on reviews and news from the main CES floor, covering demos of new products from big brands to quirky smaller gadgets that we know will get Shiny Shiny readers excited about the year ahead in tech. On that note, if there’s anything you’d like me to take a look at, review and make a demo about, then let me know in the comments section below and I’ll go check it out for you.

And last but not least, in true Shiny Shiny style I’m documenting the trip in Instagram photos, so follow @shinyshiny and @beccacaddy on Twitter for more snaps of Las Vegas, CES and anything else shiny and interesting that catches my eye.

All the best from Vegas!