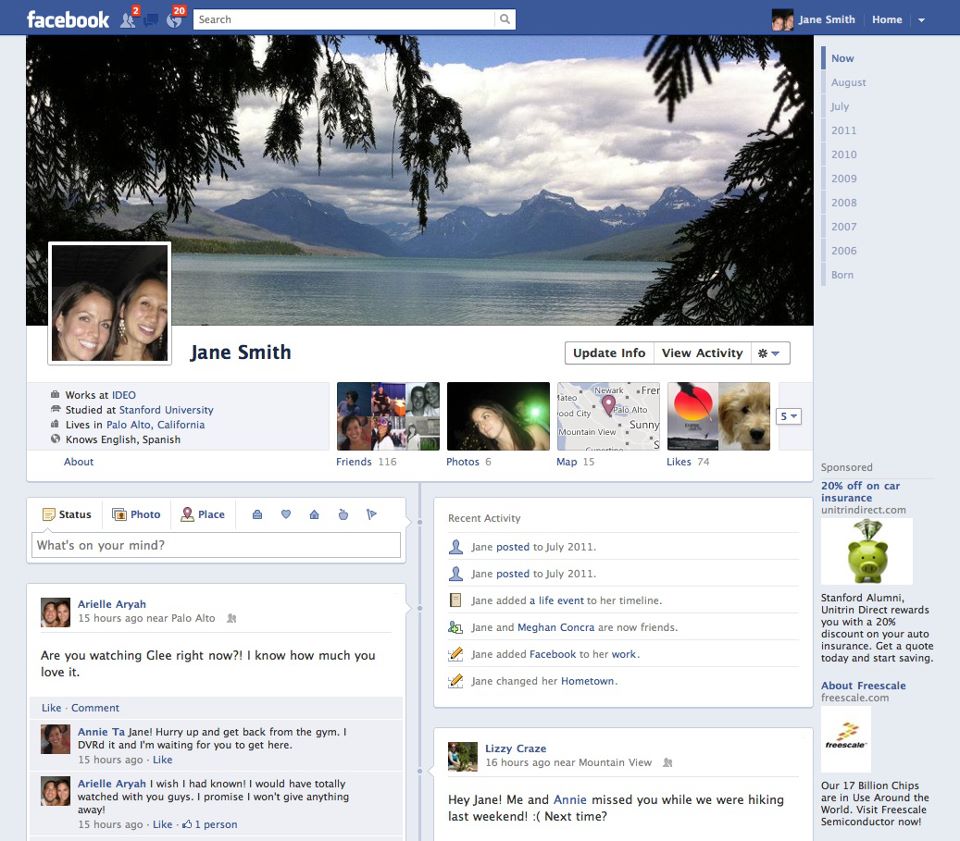 Back in September at Facebook’s f8 developers conference, Mark Zuckerberg announced a whole host of new changes to everyone’s favourite social network, including apps, different verbs other than like and oh yeah TIMELINES. So where are they Zuckerberg? Huh?

For anyone that’s forgotten what timelines are, they’re going to be the clever little things that replace our profiles and look like Tumblr-ish stories of our whole lives with a line down the middle, content at each side and a big cover photo at the top. You may have heard lots of people talking about them already because if you’re super impatient (yes that’s us) you can fool Facebook into thinking you’re a developer and get one early – Mashable showed us how to get our hands on a timeline a few months ago.

However, if you’re not willing to go down that route there hasn’t been any mention of when they’re going to be rolled out to everyone. Well, until today. All Things D reported this morning that Facebook will today roll out its new timeline, BUT only to the people of New Zealand for the time being. Great news if you’re a New Zealander, not so great news if you’re based anywhere else and want to show off your new timeline features to all of your friends.

It makes sense that Facebook would try a country specific trial to begin with, maybe to iron out any issues or just gauge how well it’s being received on a smaller scale. But come on Facebook, you promised us the timeline months ago now, why not consider it an early Christmas present?