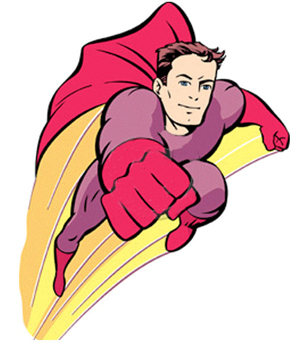 The worst thing ever has happened. Your laptop has been stolen and you’re freaking out. Obviously you’re meant to go straight to the police, but if you knew you had a tracking app on your laptop, would you be tempted to go and find it yourself first?

Well if you answered yes to that question you’re not alone, with a huge 75% of Brits claiming they’d take the law into their own hands and attempt to retrieve a stolen laptop or smart phone themselves.

The study from LoJack for Laptops found that many people would be willing to go to great lengths to get their favourite gadgets back, with 37% admitting they’d beg, 20% would pay a ransom and a crazy 14% would even fly to another country to get it?! Come on guys, we get gadgets are expensive and important, but you’re not Superman.

Interestingly women are nearly as likely to take the law into their own hands too, with 65% of them admitting they’d try to retrieve their gadgets in comparison to 74% of the men questioned.

Of course this doesn’t just show a lot of the population fancy themselves as super heroes and really care about their gadgets, but it also points to the growing availability of tracking technology, like iCloud’s Find my iPhone or the Hidden app.

The research was carried out by LoJack for Laptops in an attempt to show customers that they shouldn’t just download any old tracking technology. LoJack for Laptops actually has a dedicated Theft Recovery Team on hand (we’re not sure what that means but would like to think they have X-Men super powers and live in a lair), which work alongside the police to recover stolen laptops instead of encouraging people to go on a Kill Bill style mission of vengeance.

2,000 consumers took part in an independent survey from OnePoll on 28th October 2011.