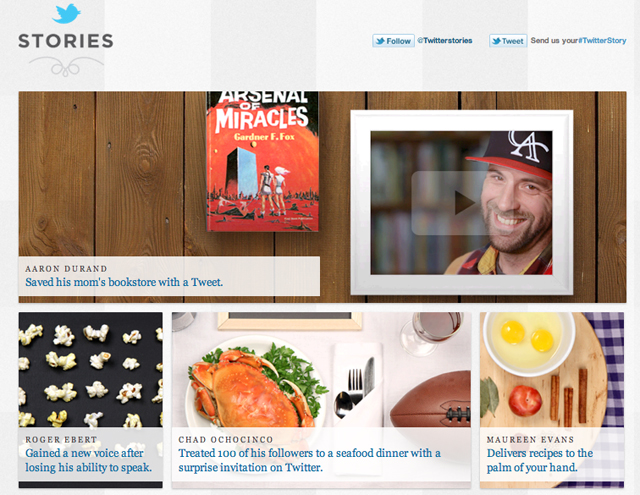 The spin-off website features a range of stories, including the tale of a tweet which stopped a bookstore going out of business and a fisherman who used Twitter to sell his catch from the day.

A few of the stories currently featured on the website are from well known figures and brands, there’s no surprise Burberry has popped up on the main page, but there’s also a story from Queen Rania of Jordan and American football player Chad Ochocinco.

Twitter is welcoming more interesting and inspiring stories from the Twitterverse, so if you’ve tweeted your way into someone’s heart or saved the day with a hash tag, then submit your story by mentioning @twitterstories and include a photo to illustrate what happened to.

This is a lovely initiative from Twitter and not only does it restore our faith in humanity, but our tolerance for social networking. See, it doesn’t ALWAYS have to be about ranting, snarkiness and self promotion.