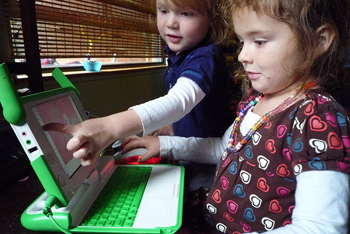 According to a recent study, more than half of parents in English speaking countries log into their kids’ social media accounts while they’re out, but is this kind of behaviour necessary, normal or a little too sneaky?

Last week, security software company AVG released a new study called “Digital Diaries”, which aims to provide an in-depth peek at the way different age groups across ten countries use technology, to gauge whether our dependence on gadgets and social media has a big impact on childhood. Among the research, AVG found that 58% of parents surveyed admitted to logging into their kids’ social media accounts when they were out or away from their computers.

Many would suggest that parents should trust their children enough to leave them to it and any kind of snooping may lead to kids being even more secretive and unwilling to talk about their online behaviour in the future. However, the study also found that 43% of children aged as young as 10 are using Facebook and / or Twitter in the UK, which turns the tables a little and is even against Facebook’s policy of only allowing kids aged 13 and above to have a profile on the social network.

Although children should be trusted to surf the internet on their own, the truth is that however savvy they may seem, there could be all kinds of things they’re not familiar with, so they could unknowingly engage in conversations with strangers or accidentally click on links to download spyware.

The logical answer (and Facebook’s attitude too), seems to be to create an open, trusting dialogue between parents and children when it comes to online activity. However, with the study also finding that 72% of parents think they knew best when it comes to online activity, it may be that conversation is a little one-sided and possibly behind the times.

“Children are online at such an early age that many have developed the technical maturity of adults by their tween years. However, they have not developed the equivalent intellectual or emotional maturity necessary to make the right decisions in the many complex situations they face online.

“It’s important that parents understand the role technology plays in their children’s lives. It can help their kids be as smart and safe as possible with technology, while giving parents complete peace of mind.”