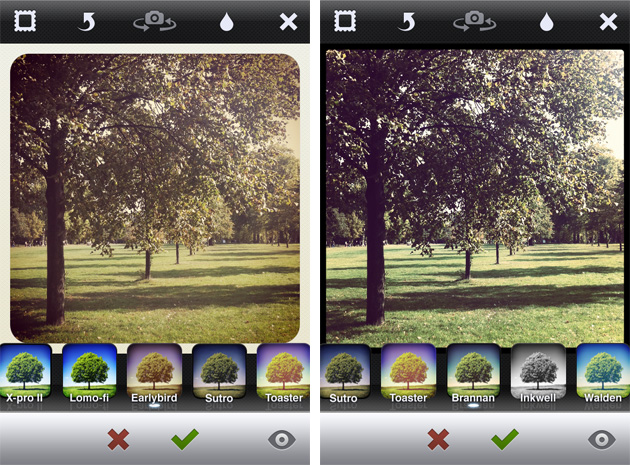 At the end of last month, popular photo sharing and editing app Instagram had a revamp, four new filters were added, tilt-shift effects were tweaked and the app got real time filter viewing too.

Today the app has undergone some changes again following its most recent 2.0.1 update, which sees the return of two popular filters which were scrapped at the last update and the introduction of a few new geo-location features.

You were always able to tag your location when you sent photos out to the Instagram community, but now the update means that geo-location tags are embedded into images so you can play around with location information within other apps.

The new update will also change the way you upload photos from your camera roll, using location data to suggest where it was shot even if you took it days ago. This is ideal if you want to take lots of photos one day but don’t want to upload them to Instagram straight away.

The return of Early Bird and Brannan

Two of Instagram’s most popular filters, Early Bird and Brannan, were changed in the 2.0 update, Brannan looked a little different and Early Bird was just deleted. But don’t worry, this time around both are back with a vengeance and working exactly like they did before.

The last update meant that tilt-shift effects were applied live, but many users found they looked a bit too harsh and realistic. In 2.0.1 the Instagram team have ensured that the blur looks much softer and more natural.

Although all of the tweaks this time around are fairly minor, it’s good to see an app we love so much responding to user’s problems straight away with a new update that hopefully addresses most of the issues people had a few weeks ago after 2.0.