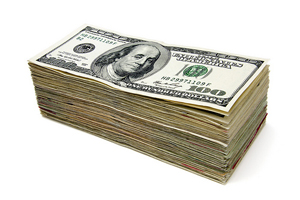 A cross section of Facebook users were asked what it would take to get them to give up Facebook FOREVER and of course it all boils down to the green stuff.

One in three of those polled by advertising agency McCann London said they’d happily log off for good if it meant they’d get £50K afterwards, which shows just how much value many put on the social network. But wait…

Among those that were under 35 years old, one in three claimed that they wouldn’t quit for any amount of money. No amount at all. Not even MILLIONS. Wow. That’s right, a third of those polled wouldn’t give up their Facebook addiction, even if it meant a lifetime of cash. Obviously this kind of research does tell us a lot about our attitudes towards Facebook, but I suppose until you’re faced with an actual pile of money, it’s hard to say what decision you’d REALLY make.

However, it was even more interesting to find that it’s not just about stalking photos of exes or creating groups with silly names that keeps this younger generation hooked, as more than half commented that the social network is part of our cultural identity and has a stronger influence on society than the current government.

Everyone jokes about Facebook and says they’d love to live their lives without it or hate certain features of the platform, but really it seems it’s become ingrained into not only our personal social lives, but our wider communities too. Deep stuff.