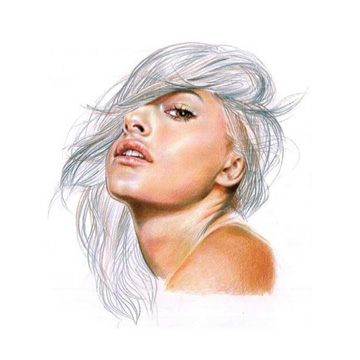 Researchers interested in online security with a picture of a hot woman (the one to the right, which is more just a drawing really, right?) and a lot of time on their hands found that more than 75% of IT professionals and hackers gave away random personal information to a fake person.

According to Jezebel, researchers from the security company Bitdefender made a number of fake profiles on various social networks which had the picture to the right as the main image. They then found 50 self-confessed hackers and 50 people working in the IT industry and tailored the fake woman’s interests to theirs.

After a number of messages had been sent back and forth, the people that had been targeted revealed a LOT of really personal information. For instance, 84% gave away their phone numbers (tut, tut), 81% revealed their mother’s names and 13% of IT pros and 7% of hackers even revealed their passwords. Urgh, what?!

It just goes to show that when people are talking to a pretty face (or think they are), even those who know a great deal about online security will reveal all kinds of sensitive information. I’m just a bit confused as to why the researchers didn’t use an actual photo, I’d suspect they’d have found out even more.