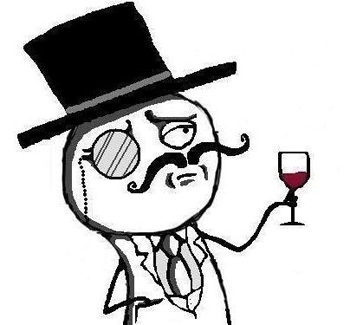 After a number of recent high profile attacks on websites, networks and databases across the globe, it seems that more than 97% of people in the UK are increasingly worried about the threat of more hacking in the coming months, and want both big businesses and the government to start taking much firmer action.

These statistics come from a report titled A New Age of Hackers, written by Professor Majid Yar a leading cybercrime expert alongside software company PC Tools, which explains that up until recently there’s been an ‘awareness gap’ about computer crime, with most people assuming that they’d never fall victim to any kind of hacking because it just seems so unlikely. Now more people have witnessed all kinds of security breaches first hand, they’re much more aware of what’s going on, they now know what hacking actually is and are getting increasingly worried about becoming a victim themselves.

Unsurprisingly, this worry has been channelled into criticism of how large organisations dealt with problems at the time, with one in five Brits admitting they’ve lost trust in some of the big companies affected by the security breaches. One in six also believe that the government needs to be taking more responsibility to prevent future attacks and it shouldn’t just be about these large organisations ramping up their security, they need help from other sources too.

Interestingly, Brits seem divided when it comes to the right approach to take when dealing with convicted hackers, 40% say they’d like to see the government issue tougher penalties, around 37% want big organisations to invest more money in security and around 38% want hackers to be forced to channel their talents in better ways. Hmm, not sure how that last one will go down among the hacking communities.

Professor Majid Yar explains that the “lock them up and throw away the key” approach is probably not going to work.

“The tougher penalty approach has its flaws. In reality, very few members of the public actually know what the penalties are for those convicted – which in the UK is up to 5 years in prison – or how few hacking incidents actually ever lead to arrest and conviction, since it is so difficult to identify those responsible.”

And what are his tips for protecting ourselves if big businesses and the government don’t listen?

“The most viable way to protect computer users from hacking are: better security, technological counter-measures and user precautions.”