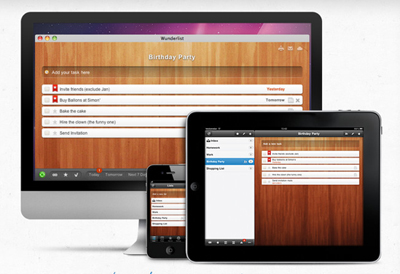 Vodafone announced the winners and runners up of its Mobile Clicks 2011 competition this month, which aims to reward three start-ups at the forefront of mobile innovation who have all developed pretty impressive applications.

Although competitions like this take place all of the time, with the winning app being a great stepping stone for businesses in the developing world, another being all about giving presents to loved ones and another being one of my FAVOURITE APPS OF ALL TIME already, we thought we’d take a look at the ideas in a little more depth.

Oh and it’s pretty encouraging to hear that the winner of the same competition back in 2009 was Layar, the super popular augmented reality application that’s become a firm favourite across most operating systems.

Company Frogtek
Who? Guillermo Caudevilla Laliena
What is it? A simple point-of-sale inventory management application which was devised to help shopkeepers in the developing world manage their businesses more efficiently. The creators saw that many business owners didn’t track important expenses, sales and inventory information because they couldn’t afford a cash register or any other point-of-sale tools. So, this new app relies solely on a simple Android barcode reader, which gives business owners information about stock control and inventory, as well as a lot more freedom and security too.

Company ParcelGenie
Who? John Taylor
What is it? ParcelGenie is all about making the often lengthy process of sending gifts to your friends and relatives much easier, enabling you to send parcels in seconds by only knowing the recipient’s mobile number.

Company Wunderlist
Who? Christian Reber
What is it? My personal favourite productivity app for the Mac and the iPhone, the developers behind Wunderlist (pictured above) wanted to make task management easier and more intuitve than anything else available and really did that with its simple to-do lists and seamless syncing between devices. According to the developers, Wunderlist is just the first step and a much bigger productivity solution called Wunderkit could follow soon. Yay, even more colour coding and to-do lists for scarily organised individuals like myself.