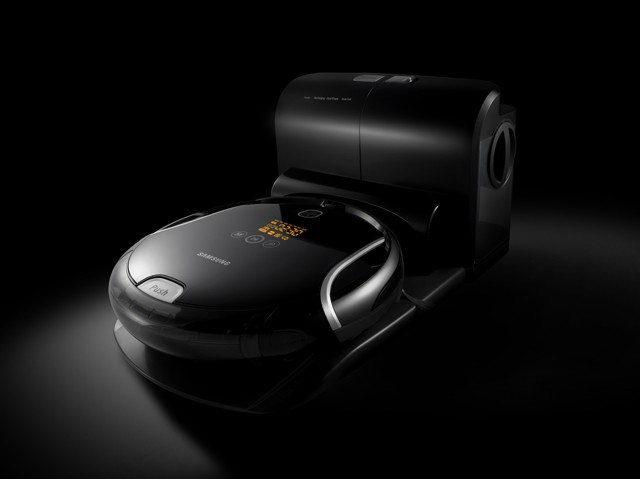 Wow. Samsung really has been busy.

Today at IFA, the tech giant has launched its new robotic cleaning device, the Navibot S. The smart little robot promises to give you hands-free, automated cleaning just like the older model, the Navibot, but with more advanced technology and all kinds of new functionality.

When Anna reviewed the original Samsung Navibot in February last year, her main concerns were that it bumped into things a little too much, it was slow and it wasn’t good at picking up bits and pieces near to bigger objects.

Samsung seemed to have directly responded to Anna’s issues with the improvements to the latest model, which is meant to be much faster with upgraded sensors to stop it bumping into things AND improve its general performance when it comes to cleaning around the edges of rooms.

I’m still not convinced everyone would be happy with the results, but its certainly a big step forward in automated household appliances.

There’s no official word about when the Navibot S is going to be available, but we’ll update you when we know.