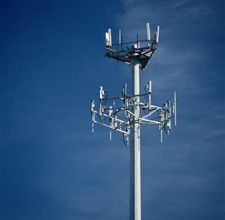 The BBC has a pretty amazing story about a group of Americans who think they are being poisoned by mobile phone signals and Wi-Fi. Except rather than just moan about it they have built a shelter city in the West Virginian mountains.

According to the article around 5% of Americans suffer from a condition called Electromagnetic Hypersensitivity (EHS), which they say is caused by exposure to electromagnetic fields typically created by cell phones, wi-fi and other electronic equipment.

So a small group have decamped to a designated ‘quiet zone’ in the West Virginia mountains in a village called Green Bank, where electromagnetic signals are banned to prevent them interfering with a number of radio telescopes in the area.

Obviously there are huge issues in the US surrounding EHS and it hasn’t as yet been recognised by the US government.

It is worth remembering that Wireless (Wi-Fi) signals have only been common in the US and UK since the early naughties, while mobile phone mast only became a regular feature of towns and cities in the mid 90s. So we are very much in the early days of gauging how electromagnetic signals impact on humans.

It is a fascinating read.