We all know Apple is set to launch a new iPhone product next week, but whether it’s going to be a big update to the iPhone 4 or the shiny new iPhone 5, we’re not quite sure yet. However, according to reports we can also expect to see another big launch in the next few days, the highly anticipated, long awaited Facebook app for the iPad.

Many were expecting Facebook to finally launch the app at the f8 developers conference, but now it just has to be next week, doesn’t it!? DOESN’T IT?!

Well according to Mashable it’s a FACT that Facebook will unveil the app alongside the new iPhone announcement on Tuesday, but will it just be a reincarnation of the mobile app which feels a little bit clunky, or will Mark and his pals bring us something a bit different?

As a lot of changes are being made to the platform, we can expect that the app which allegedly leaked earlier in the year will need to be tweaked a lot too. So, here are four things we’d like the Facebook iPad app to include, we get that some probably aren’t very doable, but it’s a wish list rather than a set of predictions we’re putting our money on.

We’ve seen content curation apps like Flipboard, Taptu and Flud do incredibly well on the iPad devices, so it’d make sense for Facebook to mimic the slick look, feel and functionality people have become so used to.

After all, the new Timeline looks rather grid-like anyway, so we’d like to see that being replicated in the iPad app itself and not just when it comes to personal Timelines, but also the News Feed too. The recent re-design of the BBC beta homepage proves that this kind of look really does work in practice, it’s not just pretty, it works and it’s a great way to consume information. 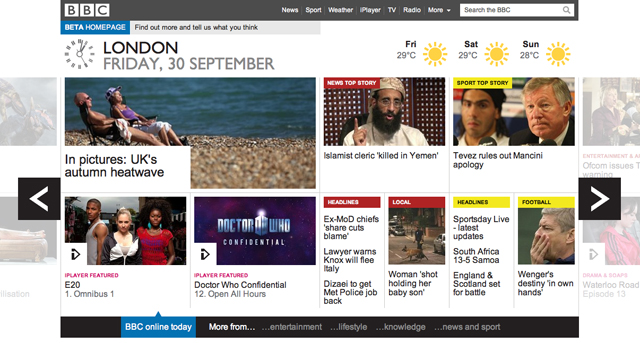 2. A dynamic news ticker that hovers over the screen

I’m NOT a developer, so I don’t know how hard / impossible this next idea would be to recreate, but wow I think it would be useful.

If you HATE the new News Ticker feature, this idea will sound pretty hellish, but if you’ve embraced it with open arms and find you much prefer to read tiny chunks of information, then it’d probably be good for you to have a dynamic News Ticker on your screen wherever you go. So even if your screen is taken up by a huge photo there’d be a little News Ticker pop-up in the corner which you can watch, move around or quit whenever you like.

It’d also be amazing for that News Ticker pop-up to work within other applications, so you could be playing a game whilst also keeping an eye on your Facebook friends, but maybe that’d be the ultimate in information overload!

3. Lots of swiping and sliding

To fit in with the grid-like look we’ve mentioned above and the iPad’s advanced multi-touch experience, it’d make sense to really utilise pinching, scrolling, sliding, swiping and all kinds of other gestures in the Facebook app user experience.

So, we’d love to be able to have separate lines for different Lists and then be able to swipe through them from side to side or pinch to zoom in for more information. Granted this would completely change the way the News Feed looks at the moment, but just play around with the streams in Taptu to see how intuitive it feels to see your information in a different way. 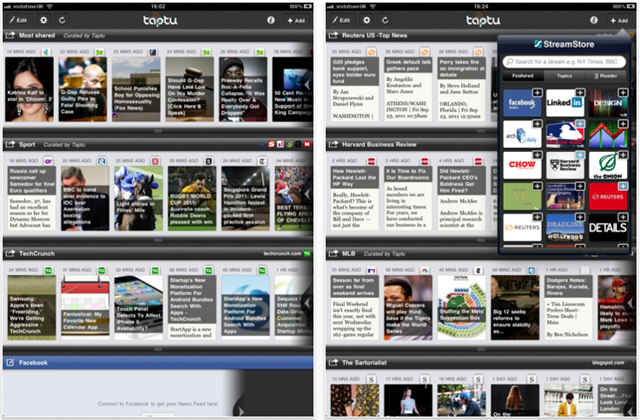 There have been many rumours circulating recently that Facebook intends on adding Instagram-like filters in the future. Although that would certainly be interesting to see, I think iPad 2 (and smart phone) owners may appreciate a few really basic photo editing tools within the app for now.

That way if you’re quickly taking a photo you intend on uploading to Facebook you’d be able to crop it a little and tweak the brightness without having to depend on another application.

One thought on “The Facebook app for the iPad: Four things we'd love to see next week”