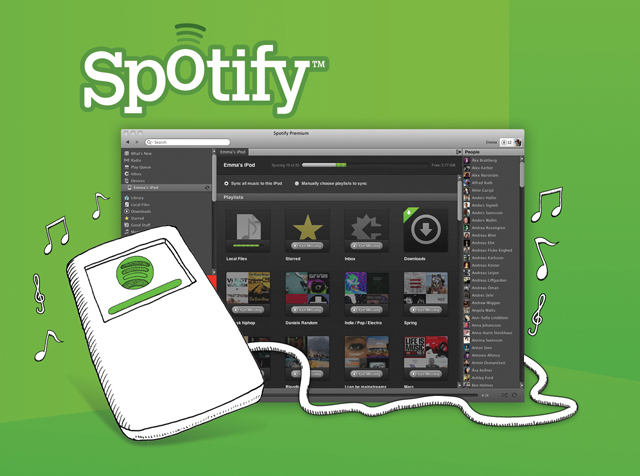 Spotify is increasingly becoming a love-it-or-hate-it kind of service, much like Marmite or the Twilight franchise.

In my experience, those that avoid it tend to fall into one of two, or both, of these categories:

However, it’s undoubtedly been hugely successful and those that love it aren’t alone, as the service has more than 10 million (both free and paying) subscribers, including the likes of Ashton Kutcher, Britney Spears and Trent Reznor.

Spotify’s free offering has always been of a fairly high quality, but the brand is increasingly making more and more changes so those that don’t cough up the pennies every month are getting more ads and less freedom when it comes to what they can listen to and where they can listen to it.

So the big question is, is it really worth paying a premium for Spotify?

At the moment, Spotify’s offering is split up into three different types, open, unlimited and premium.

Open (Free) is the free service and includes access to Spotify’s library of tracks if you’re online, but there are lots of ads breaking up your listening and restrictions on how often you listen to certain tracks. If you’re not planning on using the service often, or you want to scope out exactly what’s available before you commit to buy, then try Open first, but I can guarantee you’ll get frustrated very quickly.

Unlimited (£4.99 per month) is the cheap and cheerful option, which allows users to get rid of ads and restrictions, but you can’t listen to Spotify on your mobile or access tracks offline. This would be the perfect option for those that only want access to the service when they’re at work or on their computers. If you like to have the little green Spotify logo smiling (it kinda smiles, right?) at you from your smart phone but you never actually listen to it, don’t pay anymore than an Unlimited subscription.

Premium (£9.99 per month) is the ultimate Spotify experience, allowing you to listen to anything however many times you want, without ads, on your mobile, online, offline, running, walking, in the office, at home, at night, with a few added extras, like exclusive content and (allegedly) better sound quality. If you listen to music on the go and want access to all of your Spotify playlists on the move now now now, then this is the option for you. It does make you feel a little guilty paying that much a month just to please your ears, but the other two aren’t going to do it for you otherwise.

So really the decision as to whether you need to be a paying subscriber or not is all down to personal preference, how often you actually listen to music and where you want to listen to it.

I personally have a pretty serious Premium addiction. I couldn’t live without it, but resent paying the subscription fee every month. I know soon I may have to break that tuneful habit, but until then I do love having access to all of my playlists everywhere I go and I can’t get enough of the intuitive interface, the way users can so easily make playlists and the colour scheme (I know, I know how shallow of me).

However, despite Spotify being the current love of my life and such a popular force across the globe, if you still don’t like it (whether it’s the lack of freedom or Roberta’s voice), then there are plenty of alternatives out there:

Soundcloud is an online service with access to a range of mixes and smaller tracks you won’t find elsewhere, it also has a free mobile app.

We7 is a browser based service which does have some advertising, but currently no limits on the tracks you play and how often you play them.

Last.fm cleverly builds playlists that will suit a user’s tastes from more than 7 million tracks and there’s an app to go with it.

The Hype Machine aggregates tracks mentioned by music bloggers and then lets you explore them online or via the brand’s dedicated free app.

Rdio is currently only available in the US, so we haven’t had chance to try it out yet, but it looks like a very slick in-browser and mobile app service with a huge range of tracks.