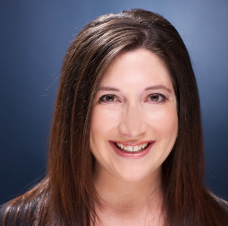 She’s been Marketing Director at Facebook for 6 years and has been involved with Mark Zuckerberg since err, well since she was born, but she’s now leaving the company to set up her own venture.

Randi Zuckerberg, Mark’s little sister is setting up her own company.

It’s a move the media should be paying attention to not just because the sister angle makes a nice story, because she has been a driving force behind getting Facebook integrated into online media – encouraging newspapers and journalists to set up a presence there and much more ambitiously pulling in live TV deals.

She’s been their media person for several years and has pioneering features like Facebook Live – which runs big TV events (and Facebook conferences) on Facebook. They pulled off collaborations with CNN on election night etc.

She wrote in her resignation letter:

“I have spent my years at Facebook pouring my heart and soul into innovating and pushing the media industry forward by introducing new concepts around live, social, participatory viewing that the media industry has since adopted. We have made incredible progress, but there is still much to be done and other ways I can affect change. Now is the perfect time for me to move outside of Facebook to build a company focused on the exciting trends underway in the media industry.”

Social video watching (usually with real-time comments) is an interesting area and a growing one. And successful though Twitter is, Facebook still has a monopoly on social online. It’s also a goldmine for the social network because the real-time nature of it is very compelling for users and drives hours of engagement.

In the meantime we can predict success for Randi’s new venture RtoZ. She will definitely have a niche to cash in on there, boasting an unparalleled knowledge of the largest social network out there.