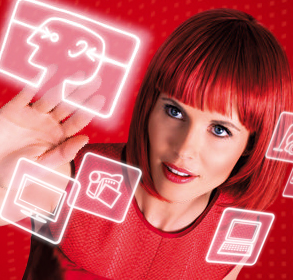 IFA in Berlin is a huge trade show that’s kicking off for the press today and continuing until the 7th of September.

It’s an opportunity for lots of different brands from all over the globe to showcase their gadgets and there’ll be a huge mix of consumer tech on display, from home appliances through to sleek little tablets.

We’ll be picking out some interesting bits and pieces for you all over the next few days, but in the meantime let’s speculate about what might be unveiled at the show, as well as a few dream products we wish would be unveiled…

A range of new tablets
What? It seems more and more big tech brands want a slice of the ever-growing tablet pie, so we can expect a LOT of different models from the usual suspects if recent rumours are anything to go by.
Who? Samsung, Toshiba, Sony, HTC.

Hoverboards
What? I want to be able to hover. On a board. Like the Thundercats.
Who? I’m thinking some kind of weird and wonderful collaboration between Virgin Galactic and Porsche.

Smaller, sleeker e-readers
What? This is much the same story as tablets, everyone wants in on the action and this competition means we’re seeing some brilliant new products being launched onto the market.
Who? Acer, Sony.

A whole new level of entertainment
What? There have been a lot of rumours about new services which aim to bring together music, film, TV and gaming all in one place with plenty of social integration to boot.
Who? Sony, Panasonic,

Touchscreen EVERYTHING
What? A lot of our favourite gadgets and devices now have smooth little touch screens, but what about the ones that don’t? Far too often I’ve tried to swipe the display on a cash machine, or scroll down a web page on my laptop by mashing my hand against the screen. So, I’d like magical screens to be unveiled that could easily and quickly replace EVERY boring, non-touchable screen out there.
Who? Apple, maybe?