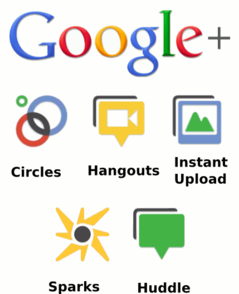 Almost inexplicably, Google have actually created something really cool in the social space and for the first time in about 7 years Facebook is not the most exciting social network in town.

Yesterday’s Facebook announcement about being able to chat to your grandad on skype but in facebook left tech world feeling distinctly underwhelmed. Techies quickly went back to coo-ing over Google+’s as yet hardly discovered features – multi-person video, hangouts and circles. There’s a lot more to play with in Google+.

Though Facebook’s new chat will have a big uptake among Facebook users, and probably greater impact in terms of numbers of users than Google+ – with its very limited techie user base – that techie user base is an important one, because they talk so much.

Considering things, it could be Twitter that it sinks… with sharing and following being highly customisable, we agree with Singularity here: “The result is a Twitter-like functionality, allowing you to see the updates from people that are interesting to you, such as celebrities, politicians, photographers, and so on”

Though Google+ may be just a tad too complicated to get the average footballer on board… it might just be a matter of time.

Related: Facebook Video Chat Verdict: Nice, but one for the Grandparents

FACEBOOK ANNOUNCEMENT: Yup, it’s Video Chat, but is it Awesome?