If true, we can add anonymous female sex bloggers to the list of people targeted by the News International papers. It has just been revealed this afternoon that Gordon Brown was hacked by The Sunday Times.

Zoe Margolis said she suspects that the Sunday Times used a trojan software to try and get access to her account in order to uncover her identity, which it did in 2009 – a experience she describes as:

“a “nightmare”, “hell” and “fiasco” writing about how deeply it affected her personal life and caused her to lose her career in the film industry.” [wikipedia]

Twitter users have advised she hands over the old PC with the emails on it to the police.. 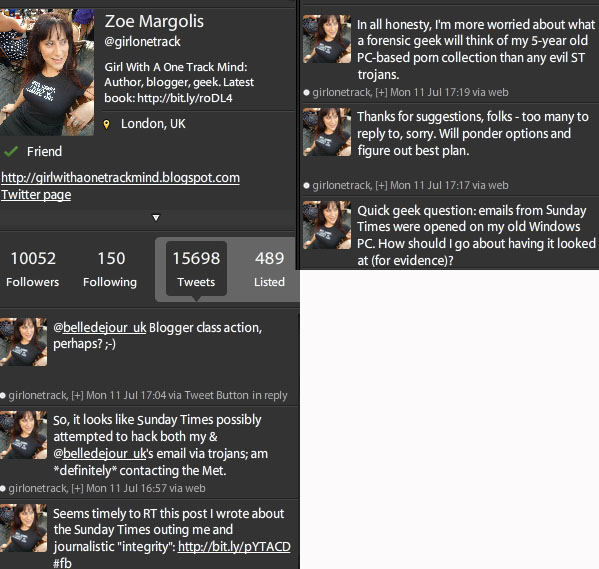