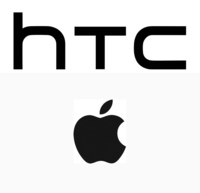 Have Apple successfully patented the idea of recognising a phone number? Android phone-makers are looking legally vulnerable after Apple won a patent battle against HTC.

Apple successfully argued to a US trade panel judge that HTC phones broke several patents they had filed back in the 90s. In particular, one which protected the idea of recognising “a structure in data” (such as a phone number) and generating an action from it (such as calling the number).

Problem is, that if HTC is infringing the two patents, then all Android phones are likely infringing the patents too. Lawsuits against Samsung and Motorola could follow.

Apple was awarded a patent in 1999 which covered
the “system and method for performing an action on a structure in computer-generated data”, US patent No. 5,946,647.

“Essentially, it allows elements such as email addresses or phone numbers to be recognised so that when they are activated via a mouse or, on a smartphone, by a finger, they activate the relevant program.”

In the patent application Apple gave an example of the sort of task their patent protected:

“the system may receive data that includes a phone number, highlight it for a user, and then, in response to a user’s interaction with the highlighted text, offer the user the choice of making a phone call to the number”

As one commenter points out:

“How can you patent the idea of recognising a phone number and acting on it? Surely you should only be able to patent the technological solution? Apple is concentrating on stymieing competition rather out-competing it…”

We hope the US will revoke this appeal because it would signficantly affect competition in the high-end mobile market… And that’s not good for consumers.