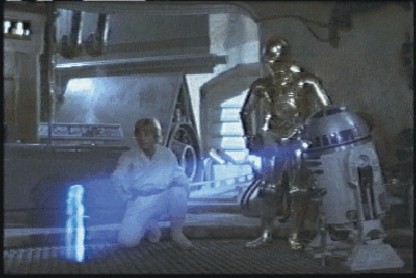 You’ll need a motion-sensor camera such as the Kinect, the add-on to the Microsoft Xbox 360 game, and possibly a degree from a top American science university – but Princess Leia would be proud.

The Kinect is a range-finding camera that detects your movements, as is necessary to use your body as a controller for the game. But with a little trickery it can be turned into a hologram projector: that’s what MIT teacher Michael Bove’s students in his Object-Based Media Group discovered.

Speaking to Popular Science, Bove gets very technical in how this is done (interested parties can click through), but in essence, the professor is optimistic that holographic technology is coming within reach of ordinary people. The problem so far is that it’s too expensive for widespread consumption, but the MIT students are experimenting with relatively cheap kit. Bove thinks we could be making holographic phone calls within a few years. R2D2 not included.