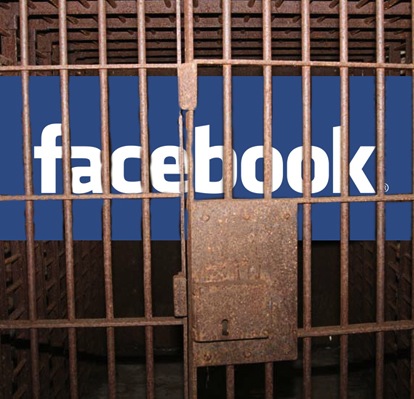 They say people put on a fake persona when they are on the internet, but every now and again the likes of Facebook helps us see people’s true selves.

At least that’s how the judge in the Liam Cunliffe trial felt, after reading the Facebook statements of this 18-year-old criminal mastermind.

Burglar Cunliffe boasted of expecting just a six month sentence – no you don’t, said the judge. Cunliffe had originally been looking at a charge for manslaughter, as the 80-year-old owner of the house had died of a stroke as Cunliffe and his pal had broken into her home. This charge was dropped as it could not be proven that the break-in prompted the stroke.

Upon hearing this news, young Cunliffe wrote on Facebook: “Liam Cunliffe is a happy bunni all i can say DROPED!! YAA. I’m only lookin’ at 6 months haa bring it on easy!”

The judge took one look at this and decided that Cunliffe was clearly not at all remorseful for what he had done. Sentence: 27 months.