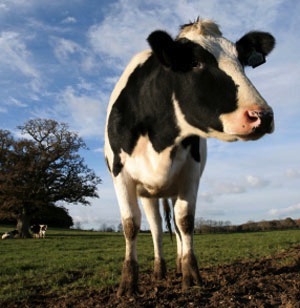 We believe it’s customary to issue “trigger” warnings for contents such as the following. At least it’s pretty gross – what you will see in the video are COWS that secrete HUMAN milk and the whole think will probably make you feel a little bit SICK. We’re sort of hoping for a follow-up post in a few days telling us that the whole thing’s a hoax.

Anyways – the Frankenstein cows have been grown from embryos (cow ones, that is) that have been injected with the human gene responsible for producing breast milk. Now they’re lined up in some farm in China, and pending approval from the government, the resulting liquid may be found on sale in supermarkets in three years.

Apparently, the milk is anti-bacterial and helps boost the immune system. Early testers say the drink is “stronger and sweeter” than regular milk.