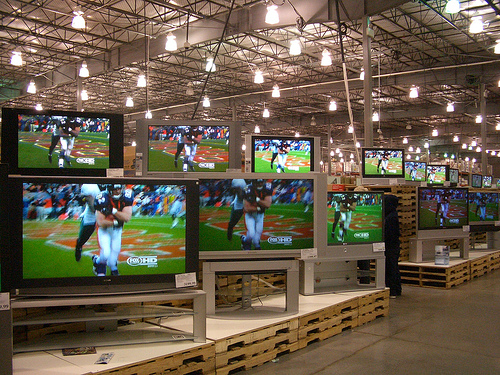 Don’t worry if you can’t afford that 3D TV – more gadgets don’t make you happier said a survey in the US.

In fact – too many gadgets can actually make you feel worse the survey reported. The research film Ipsos Mendelsohn looked at very affluent gadget owners – families with an income over $100,000. The respondents felt that the more electronics they had, the more complicated their life became.

Leading “technology-infused” lives rarely made them feel better. Most people said
their lives were now “more complicated,” “more stressful” and “focused on finding ways to do more with less.” Fewer than half said their lives had become “more fun.”

Having too much money to spend on high-end gadgetry isn’t a problem most of us face, but it’s comforting to know that even if we could purchase that home cinema unit, it might not make us happier…